Beetles are a group of insects that form the order Coleoptera (/koʊliːˈɒptərə/), in the superorder Endopterygota. Their front pair of wings are hardened into wing-cases, elytra, distinguishing them from most other insects.

The Coleoptera, with about 400,000 species, is the largest of all orders, constituting almost 40% of described insects and 25% of all known animal life-forms; new species are discovered frequently. The largest of all families, the Curculionidae (weevils), with some 83,000 member species, belongs to this order. Found in almost every habitat except the sea and the polar regions, they interact with their ecosystems in several ways: beetles often feed on plants and fungi, break down animal and plant debris, and eat other invertebrates. Some species are serious agricultural pests, such as the Colorado potato beetle, while others such as Coccinellidae (ladybirds or ladybugs) eat aphids, scale insects, thrips, and other plant-sucking insects that damage crops.

Beetles are generally characterized by a particularly hard exoskeleton and hard forewings (elytra) not usable for flying. Almost all beetles have mandibles that move in a horizontal plane. The mouthparts are rarely suctorial, though they are sometimes reduced; the maxillae always bear palps. The antennae usually have 11 or fewer segments, except in some groups like the Cerambycidae (longhorn beetles) and the Rhipiceridae (cicada parasite beetles). The coxae of the legs are usually located recessed within a coxal cavity. The genitalic structures are telescoped into the last abdominal segment in all extant beetles

The head, having mouthparts projecting forward or sometimes downturned, is usually heavily sclerotized and is sometimes very large. 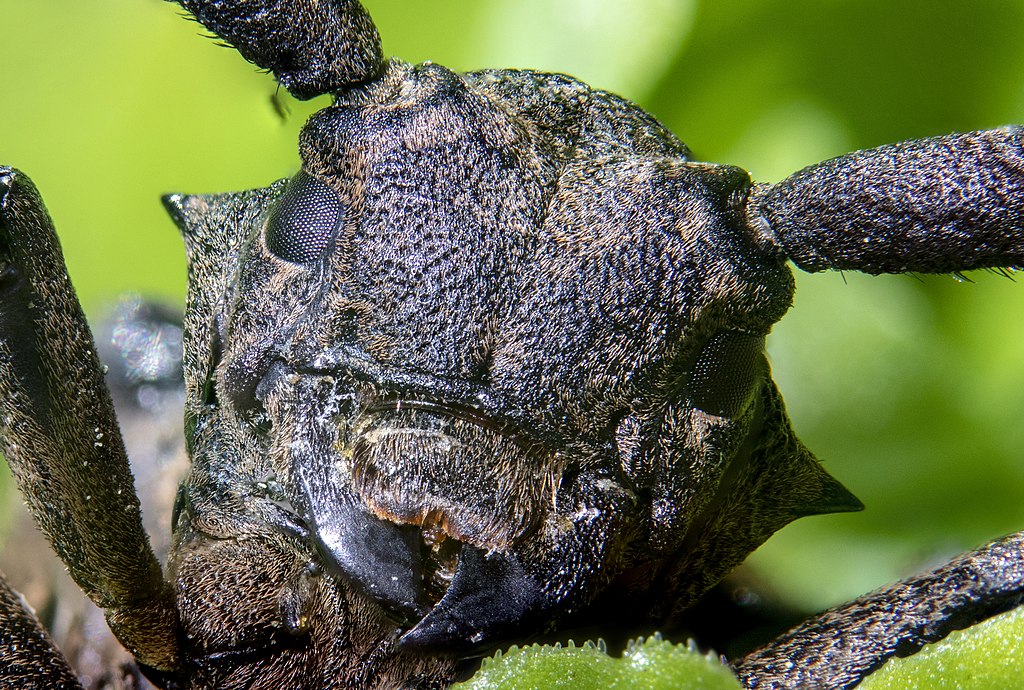 The thorax is segmented into the two discernible parts, the pro- and pterothorax. 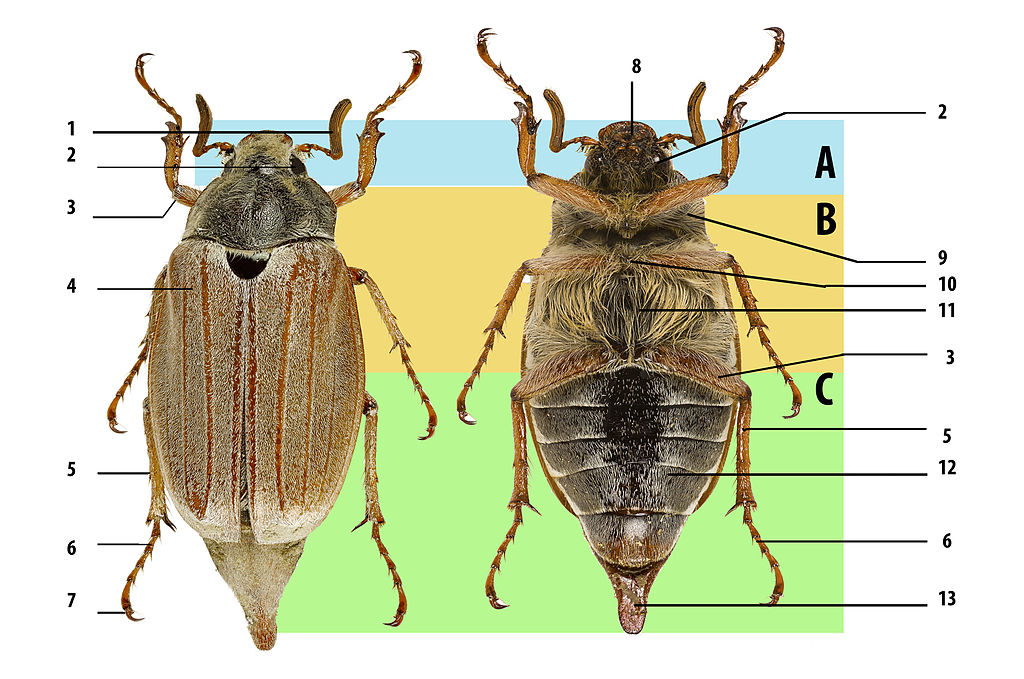 The multisegmented legs end in two to five small segments called tarsi. Like many other insect orders, beetles have claws, usually one pair, on the end of the last tarsal segment of each leg.

The forewings of beetles are not used for flight, but form elytra which cover the hind part of the body and protect the hindwings. 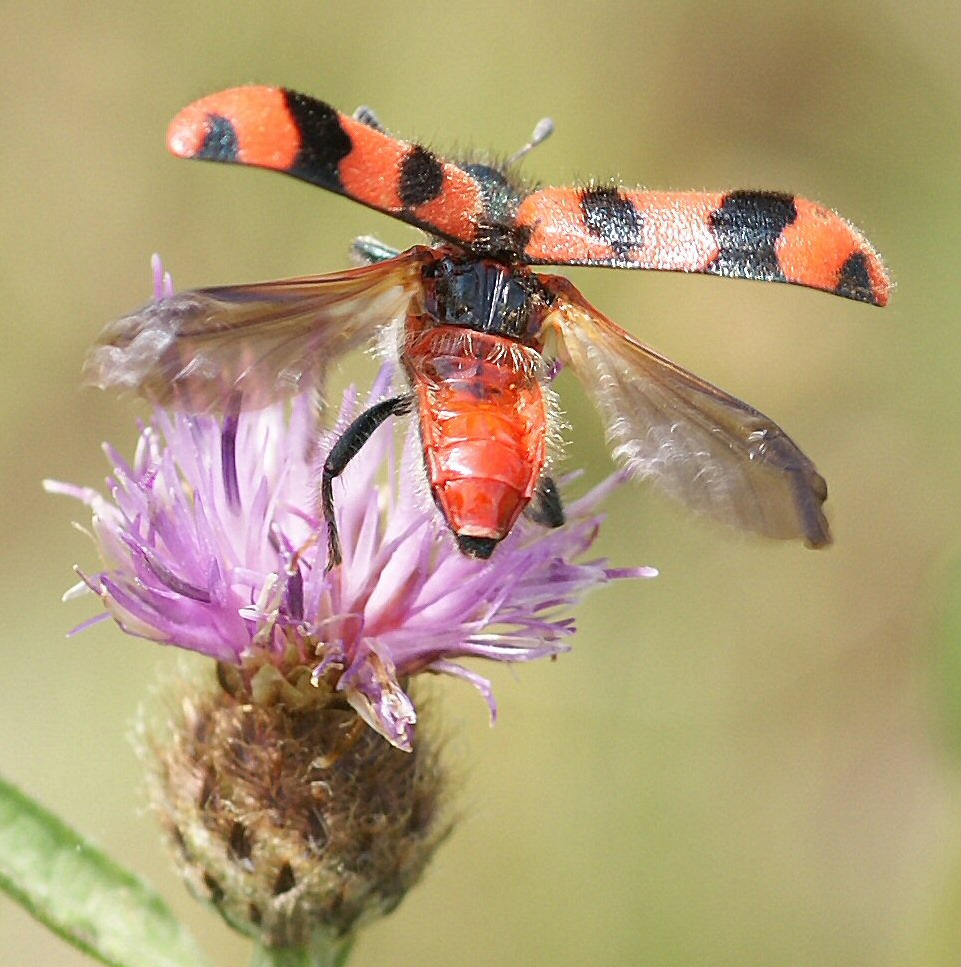 The abdomen is the section behind the metathorax, made up of a series of rings, each with a hole for breathing and respiration. 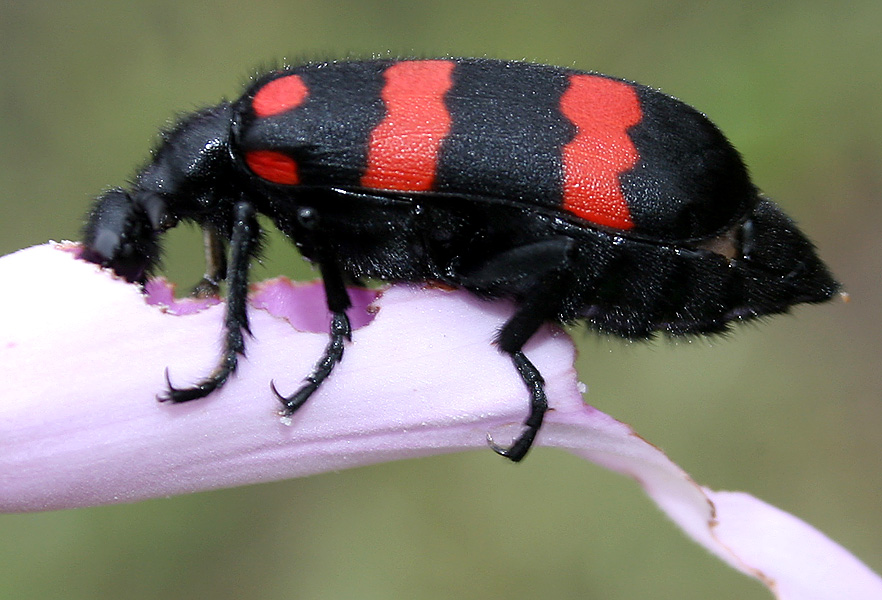 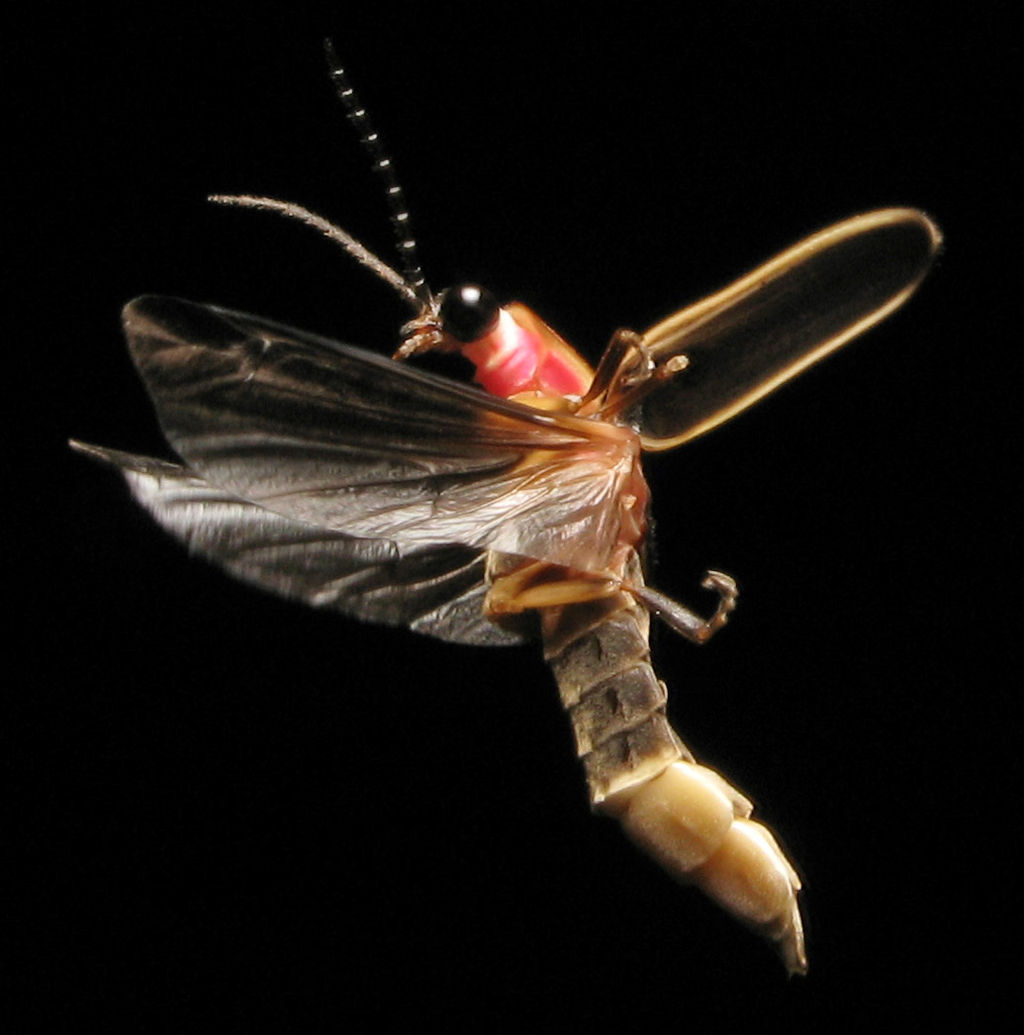